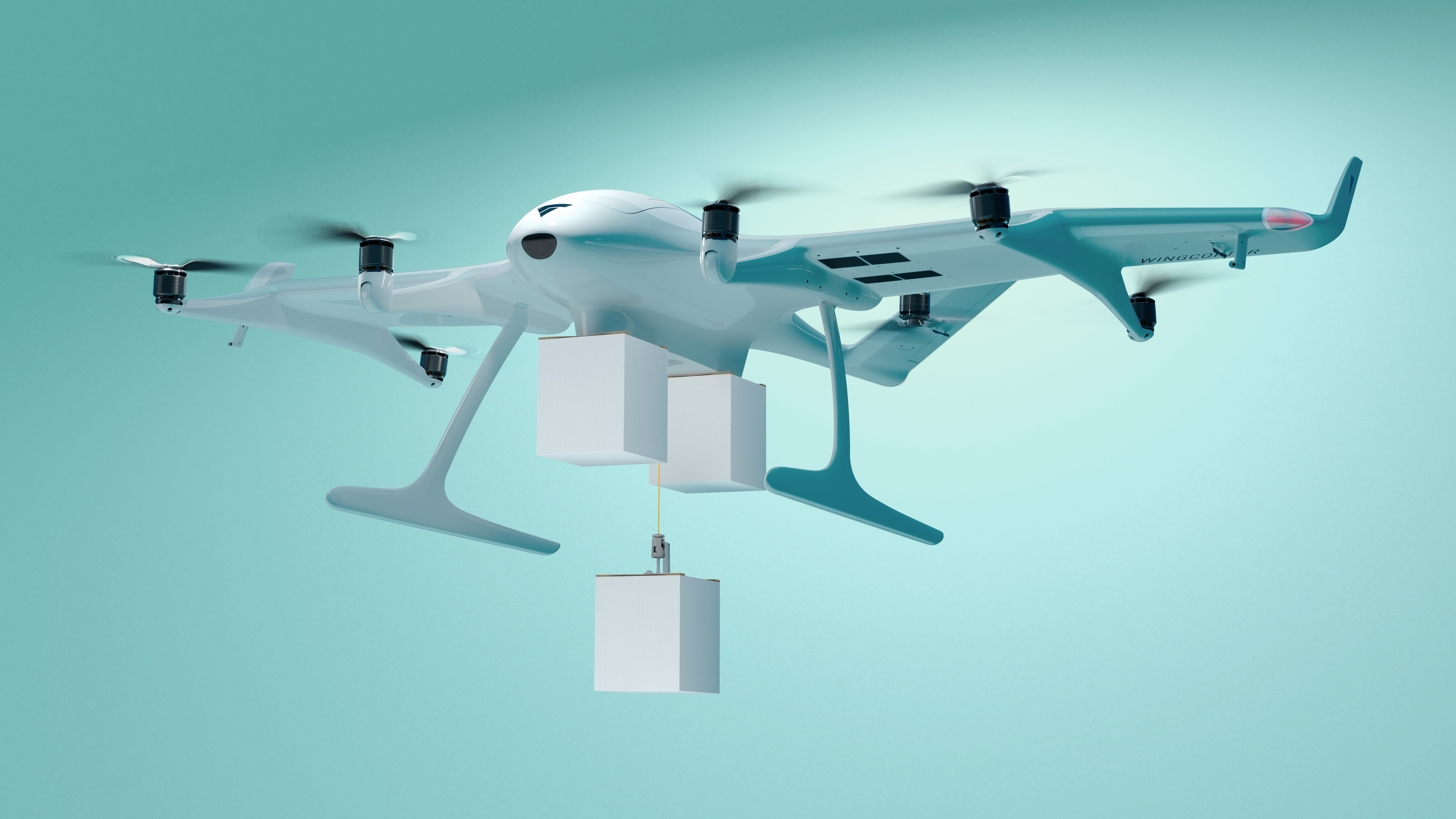 Weiterstadt, Germany, 27th April 2021 – Wingcopter, the German developer, manufacturer and service-provider of Unmanned Aircraft Systems for commercial and humanitarian applications, introduced its new drone generation today, the Wingcopter 198. The Wingcopter 198 is an all-electric, vertical-take-off-and-landing (eVTOL), fixed-wing drone that has been designed from the ground up to meet aviation safety and reliability requirements. The new delivery system leverages Wingcopter’s broad experience in aviation innovation and establishes a new industry standard in drone technology and drone-based logistics.

"The Wingcopter 198 is a game-changer for drone-based deliveries, ready to create logistical highways in the sky. It can be perfectly utilized as a fleet solution in delivery networks to create new opportunities, everywhere", said Tom Plümmer, CEO of Wingcopter.

The Wingcopter 198 builds on the following core product features:

This unique combination of software, hardware and operability makes the Wingcopter 198 the ideal platform for drone-based delivery of a broad selection of goods, from medical supplies to consumer goods, spare parts and tools, as well as groceries or freshly prepared food.

Jonathan Hesselbarth, CTO of Wingcopter, comments, "We applied the many years of experience with the Wingcopter 178, the model that literally enabled us to take off as a company, and applied it to the development of the Wingcopter 198, optimizing every design aspect for ease of use, efficiency and
safety. The result is what we believe to be the most advanced, versatile and efficient delivery drone solution in its category."

Serial production according to the European aerospace quality management standard EN9100 at Wingcopter’s German headquarters will start shortly to meet the predicted global demand (1). For early access, the first 100 units of the Wingcopter 198 can be reserved here as of today.

Wingcopter has also set up an Authorized Partner Program to qualify, certify and enable partners such as drone-as-a-service providers, distributors and dealers to operate, promote, distribute and support Wingcopter technology worldwide. Interested parties can now apply to join the program.

1 Levitate Capital predicts that logistics applications have the potential to become the largest market segment in the drone industry by the end of the decade; see Levitate Capital (2020): The Future of the Drone Economy. A comprehensive analysis of the economic potential, market opportunities, and strategic considerations in the drone economy; https://levitatecap.com/white-paper/

Wingcopter is an award-winning German manufacturer and service provider of eVTOL unmanned aircraft systems (UAS) dedicated to improving and saving the lives of people worldwide through meaningful commercial and humanitarian applications. The startup is currently focused on optimizing medical supply chains. In the future, Wingcopter will also deliver packages, tools and spare parts, as well as food and groceries. Thanks to its patented tilt-rotor mechanism, Wingcopter can take off and land vertically like a multicopter, while flying long distances as efficiently and quickly as a fixed-wing aircraft, even in rain and wind.