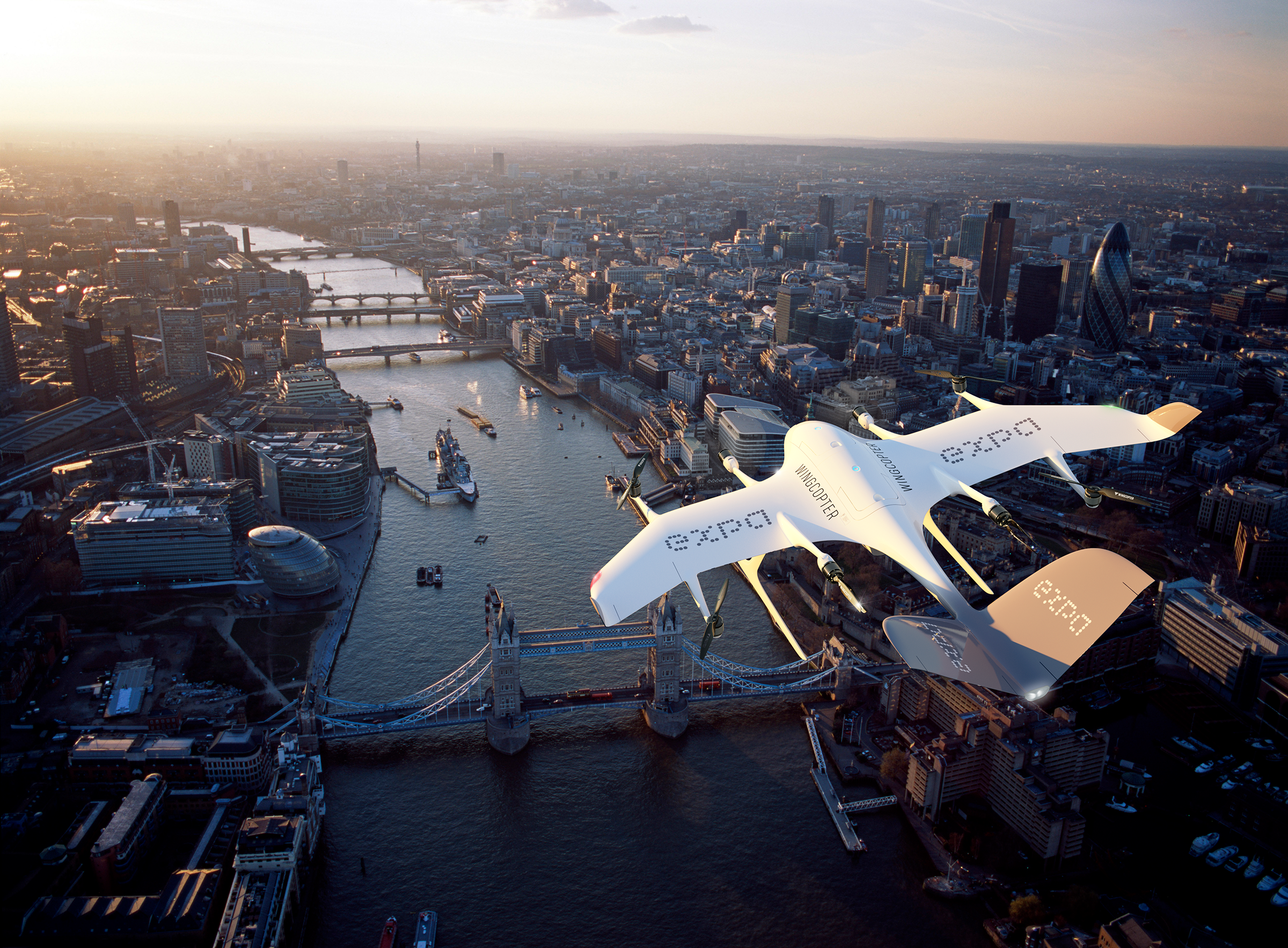 Weiterstadt, Germany - September 23, 2021 - Expa - a global network of startup founders supporting entrepreneurs through expertise, access, and funding - today announced a strategic investment in Wingcopter. Getting things to where they need to go isn’t always simple and, often, can be critically urgent. That’s where Wingcopter comes in. The leading German company not only develops and manufactures autonomous delivery drones, but also operates drone-delivery-as-a-service infrastructure. Whether deploying vital supplies, life-saving medicine, parcels, or spare parts—the sky is Wingcopter’s highway.

Expa’s support of Wingcopter aligns with the firm’s mission of backing tech-enabled companies that build the next generation of category champions and solve global challenges through innovation. Expa’s hands-on, partnership-driven approach has resulted in the growth and development of industry-shaping companies across transportation and logistics, including Beacon, Aero, and Convoy.

Wingcopter’s new flagship aircraft, the Wingcopter 198, is a state-of-the-art, all-electric delivery drone, designed for safe, reliable, fast, and bi-directional deliveries across a wide range of use cases. The company’s patented tilt-rotor technology allows for vertical take-off and landing (eVTOL), while also enabling efficient forward flight over long ranges thanks to its fixed-wing design. A key value proposition of Wingcopter is to help its partners increase operational efficiency through pioneering triple drop technology, using smart and easily swappable batteries to maximize time in the air, and developing software that will enable a single pilot to fly and monitor up to 10 drones simultaneously.

“Just how Uber revolutionized the way people get from point A to point B, Wingcopter is providing that same level of innovation to the transport of goods including urgently needed medicine and medical supplies, groceries, or freshly prepared food, and even has the power to automate e-commerce. Accelerated by the tailwinds of the global pandemic, we approach an inflection point in consumer adoption and industry regulation. Wingcopter is ideally positioned to capitalize on this momentum thanks to its cutting-edge delivery drone, software and services,” said Garrett Camp, Founder, Expa. “Given the team’s track record and impressive technology stack, Wingcopter will have a deep impact on supply chain transformation, logistics and on-demand delivery.”

Wingcopter’s product has already received significant commercial traction and inbound interest by globally renowned corporations. As such, the company has recently announced a partnership with America’s largest air medical service provider Air Methods to set up a drone-based medical delivery network for thousands of hospitals all over the United States. In Japan, Wingcopter collaborates with ﻿ANA Holdings Inc., parent company of Japan’s biggest airline All Nippon Airways. ANA aims to build a drone delivery network to help improve quality of life in rural areas across the whole country.

Wingcopter is backed by a wide range of institutional investors such as Silicon Valley-based Xplorer Capital. Based on strong traction in the market, it is preparing its Series B round. While Expa believes in Wingcopter’s growth phase and their ongoing fundraising, the firm usually invests in earlier stages. Along with the investment in Wingcopter, Expa continues to build out its portfolio in Europe and actively scouts for early-stage investment opportunities in transportation, logistics, advanced technology, fintech and health and wellness.

“We couldn’t be more excited to partner with Expa and Garrett which bring a brilliant network and years of experience building and globally scaling companies that disrupt entire industries,” said Tom Plümmer, CEO & Co-Founder, Wingcopter. “With their hands-on approach ‘By builders for builders’, Expa is actively supporting our strategy to create national-scale logistical highways in the sky.”

Wingcopter is a German manufacturer and service provider of eVTOL unmanned aircraft systems (UAS) dedicated to improving and saving the lives of people worldwide through meaningful commercial and humanitarian applications. The startup is focused on optimizing medical supply chains. In the future, Wingcopter will also deliver packages, tools, and spare parts, as well as food and groceries. Thanks to its patented tilt-rotor mechanism, the Wingcopter 198 can take off and land vertically like a multicopter, while flying long distances as efficiently and quickly as a fixed-wing aircraft, even in rain and wind.

Expa is the best place for entrepreneurs to create and launch new companies. Started in 2014 by Uber co-founder Garrett Camp, Expa’s partners and team are dedicated to bringing the best ideas to market. Like the startups it works with, Expa has gone through many iterations, but always with the goal of making an idea for a new company into a reality. Our partners have founded or led some of the most valuable and well-known companies including Uber, Twitter, LinkedIn, Foursquare, StumbleUpon, AddThis, MetroLyrics, Virgin Galactic, and Envoy. As builders themselves, they understand the struggles of early-stage companies and what it takes to make a startup work. Expa offers access to proven entrepreneurs, capital, office space, and the network to build new companies.