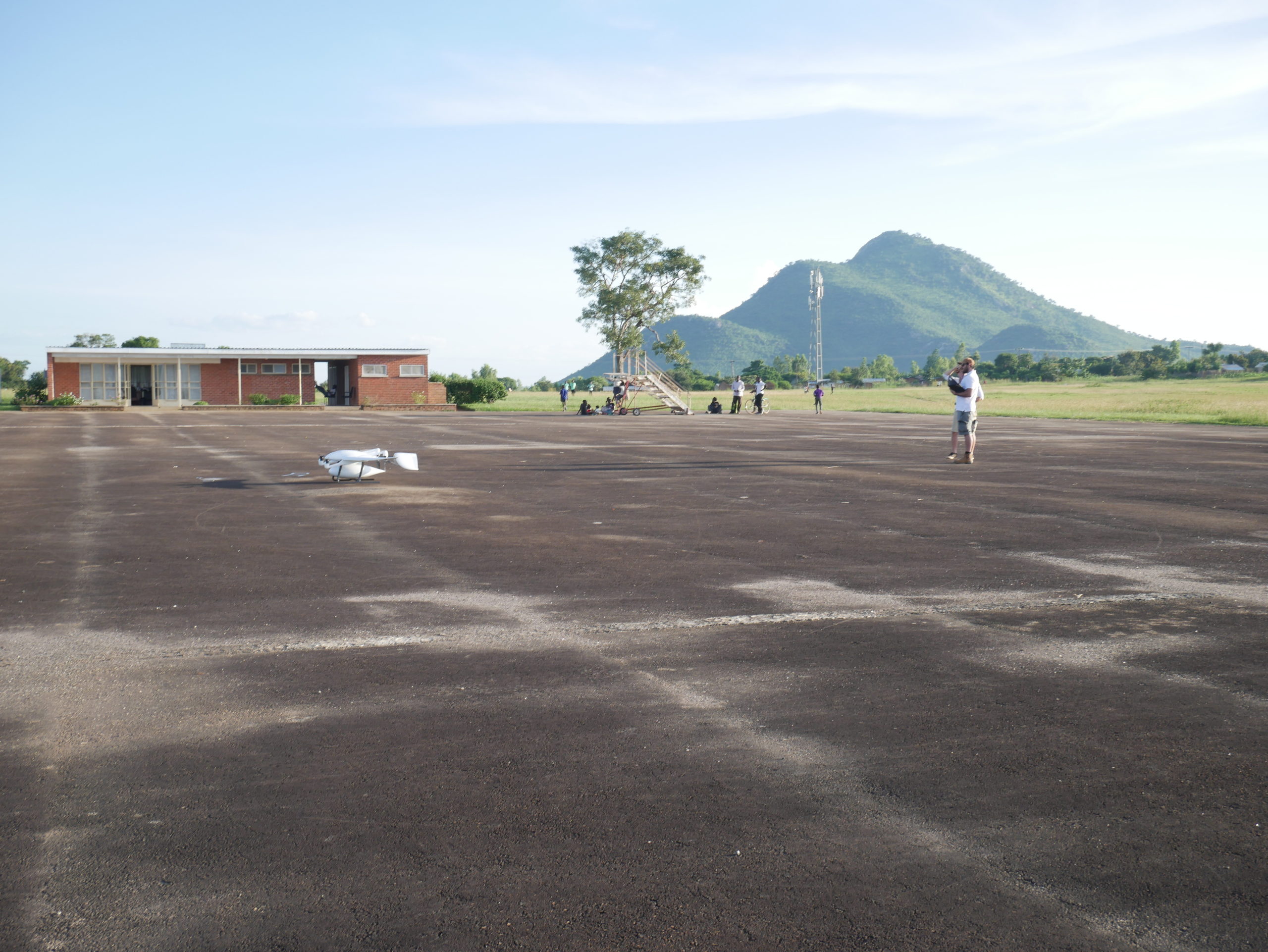 Darmstadt, 22 May, 2020 – Wingcopter, developer of autonomous delivery drones for humanitarian and commercial applications, has been named one of nine winners of the #SmartDevelopmentHack. Through this global hackathon, the German Ministry for Economic Cooperation and Development (BMZ) solicited innovative digital solutions to tackle the challenges caused by the coronavirus outbreak in low- and middle-income countries. The lineup of supporters included the European Commission (through EuropeAid), GIZ, the Bill & Melinda Gates Foundation, Smart Africa, Technical University Munich, Oracle, SAP, and others. Each winning team will be awarded up to €3 million to implement their projects in-country.

After two intense days of hacking, Wingcopter with its partners UNICEF and the African Drone & Data Academy (ADDA) impressed the jury with the concept to use Wingcopter drones to improve health supply chains during COVID-19 and to open up new long-term opportunities for youth in Africa. The funds granted will be split between Wingcopter and UNICEF/ADDA.

Wingcopter’s concept envisions setting up a locally operated delivery drone network in Malawi to support the local healthcare system, giving on-demand access to medical supplies such as COVID-19 test kits or vaccines (once available). In parallel, the partners will build local capacity through two distinct training programs for 160 Malawian youth. Wingcopter will develop a virtual educational platform and provide selected students with applicable technical equipment and pre-installed software that requires no internet connection. By learning to assemble, operate, and maintain Wingcopter drones accompanied with data analytics skills provided by ADDA, Malawians will be equipped with the tools to pursue new entrepreneurial or job opportunities, granting them new economic perspectives.

After proving the concept’s viability and successful implementation in Malawi, Wingcopter and UNICEF plan to adapt the concept and scale to Rwanda.

“Wingcopter’s long-term strategy involves developing a sustainable education platform for youth to enable them to participate in the rapidly growing drone market, offering new job and income opportunities and ultimately improving their quality of life. By providing both theoretical and practical training on our drones, we will help young people to enter the industrial drone sector faster and better equipped. This concept is fully in line with our vision and we are happy that the award recognizes and supports this approach,” explains Tom Plümmer, Co-Founder and CEO of Wingcopter.

As one of the poorest countries in the world, a widespread corona-induced lockdown would cause a substantial loss of economic activities in Malawi, costing millions of Malawians their livelihoods, while exposure to the virus could ultimately cost a substantial number their lives.

So far, African countries have rather few confirmed COVID-19 infections, but medical experts are concerned that the number could be higher given the lack of testing. A widespread outbreak would have a severe impact on the already strained African healthcare systems as well as major economic repercussions.

Wingcopter has been active in Malawi and other African countries before, significantly shortening patients’ waiting times by delivering medical commodities to hard-to-reach areas by drone. The eVTOL drones combine the advantages of multicopters (vertical take-off and landing) and fixed-wing airplanes (fast and efficient forward flight) due to its patented tilt-rotor technology. At the point of destination, the drones can lower the transported goods through a winch mechanism, requiring no landing infrastructure, before autonomously returning to the point of departure.

Only recently, Wingcopter won first place in the Emergency Delivery category at the World Bank-sponsored Lake Kivu Challenge in Rwanda, opening up further possibilities for future cooperation on the African continent.

About Wingcopter: Wingcopter is a leading German manufacturer of industrial-grade unmanned eVTOL aircrafts dedicated to improving the lives of people worldwide through meaningful commercial and humanitarian applications. The start-up focuses on the delivery of medical products, parcels, and food in beyond visual line of sight (BVLOS) flights over long distances.

With its patented tilt-rotor mechanism, Wingcopter drones combine the advantages of multicopters (vertical take-off and landing) and unmanned fixed-wing aircrafts (fast and efficient forward flight), achieving a new dimension of efficiency. They can cover distances of up to 75 miles (120 kilometers) with just one battery charge and hold a Guinness world record for performing a top speed of 150 mph (240 km/h).

Wingcopter is the winner of the emergency delivery category at World Bank-sponsored Lake Kivu Challenge, the German Aviation Innovation Award (IDL), the Digital Logistics Award, as well as the Sustainable Development Goals Spotlight Winner of the global NTT Open Innovation Challenge. Co- founder and CEO Tom Plümmer was featured in the 2019 Forbes 30 Under 30 list.